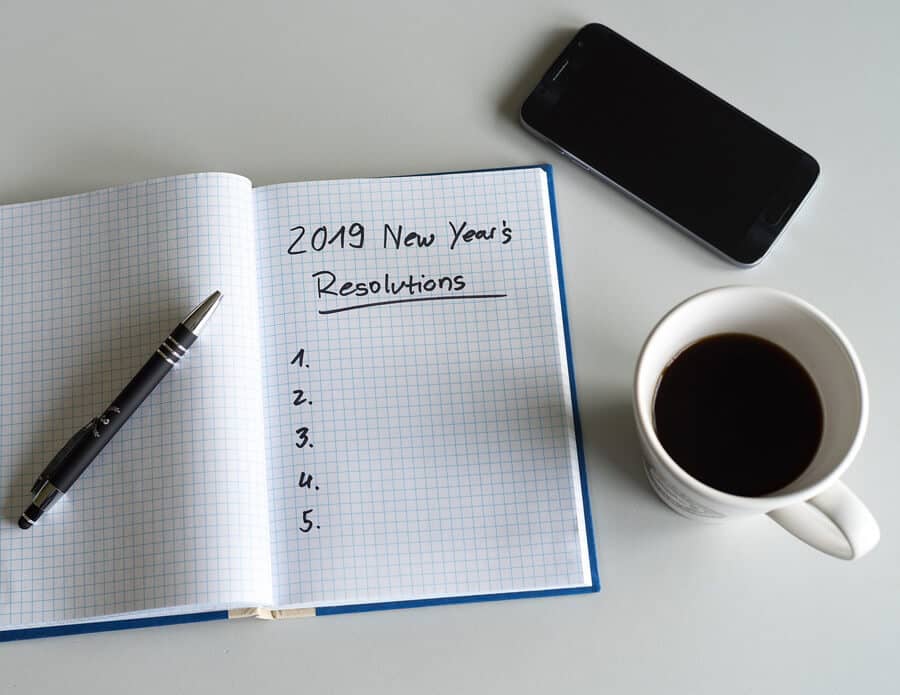 Posted at 14:09h in Uncategorized by Hannah Parsons
0 Likes

Making a New Year’s Resolution has been a tradition for the better part of 4000 years. Ancient Babylonians were among the first to hold a new year’s celebration, which included feasts, the crowning of a new king, and they also made promises to the gods to pay their debts and return borrowed items (historians have determined that ancient babylonians were constantly borrowing neighbour’s lawnmowers).

Since that time, the Romans adapted a similar practice, followed by early Christians, and finally it became a standardized tradition in North America in the 1900s.

Today the process of making new goals to ring in the new year is a standard practice. It’s in the keeping of the new year’s resolution that most people fail. A shocking 80% of new year’s Resolutions fail by February.

So how do you keep them? Here are 10 handy tips on how to make and keep those sparkly new goals for the entire year . . .

1) Keep It Simple & Achievable
Let’s take your resolution to ‘take over the world’ and stick a pin in it for now. Keep resolutions simple and achievable. It’s okay to challenge yourself, just not on a global domination-type scale.

2) Get Rid of the Term ‘Resolutions’
Resolutions is such a finite term. Instead make ‘lifestyle’ choices. Don’t resolve to pay off all debt, make the choice to make smarter financial decisions.

3) Take Bite-Sized Chunks
Set yourself some timelines as to when you’d like to achieve something. Again, keep it simple, keep it small. Smaller successes are an important key to ongoing motivation.

4) Choose Just One
It’s tempting to make a list of all the things you want to kick-ass at in 2019, but lists create quantity, and sometimes it can just become too much. Pick one thing, make one choice you really want to work at and go with it.

5) Plan it Like a Heist
In no way are we encouraging you to break into a bank. However, when it comes to planning out the best way to go about making and keeping your choices, it’s smart to have a plan. Build timelines and milestones so you know you’re making progress.

6) Go Ahead, Treat Yourself
When achieving milestones, be sure to celebrate the successes! Rewarding yourself is an important factor in any goal-setting project.

7) Don’t Give Up
No one likes a quitter. Things worth doing are usually not easy, take it as a challenge, look 2019 right in the eyes and say “Bring it on!”