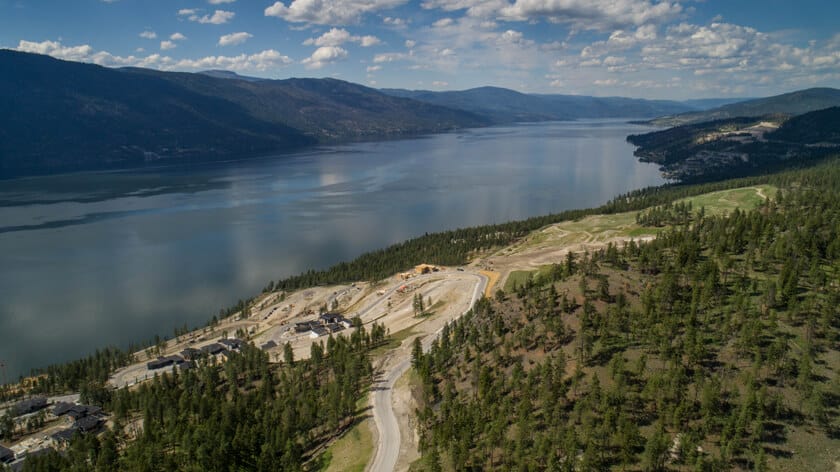 Posted at 11:07h in Uncategorized by Hannah Parsons
1 Like

The McKinley Beach development has seen extensive growth over the past four years. From new homes being built and occupied in the Hillside community, to the 110 slip marina and kilometres of biking and hiking trails. The next phases of the development launched last year with the new Forest Hills community offering smart-sized homes, situated in the new Hilltown community above the Hillside.

Hilltown is a unique endeavor on the part of the land developers: G Group Land Development  and NADG (North American Development Group). The new community will not only feature a variety of single family homes and condos, but will also have a variety of mixed use commercial buildings. We had the opportunity to sit down with some of the developers behind the new Hilltown community who filled us in on the history and genesis of the concept and highlighted a little of what we can expect in the coming year:

Where did the idea for Hilltown come from?

Grant Gaucher, G Group – “The idea for Hilltown came from a trip I had to Europe in 1996, I took an extended holiday for a month and did an architectural planning survey of these small French Hilltowns. They’re not on the water, all stone houses, and they’ve developed organically so there’s no big cuts and fills. So I thought I’d incorporate that into this particular development. So we’d be using an ancient planning technique, but with a modern finish.

Andrew Gaucher, G Group – “The idea for Hilltown was inspired by the medieval villages we find in Europe as well as the new urbanism architectural movement. So combining those we’ve tried to create everything you might want in one day where you can play, work, and live all in one rural location at McKinley Beach.”

What kind of developments can we expect to find at Hilltown?

Grant Gaucher, G Group – “The overall concept includes a winery, a kilometer of lake, a wellness facility, and some retail commercial. We think these types of amenities are offering something to the market that nobody else has so we’re kind of unique in that regard.”

Russ Watson, NADG – “The type of developments we are hoping for and planning for in the Hilltown community is a mixed use concept consisting of street front commercial uses lining Hilltown Drive, and a cross section of multi-family residential units, townhomes, stacked townhomes, row housing, condominiums, and apartments. The street front component, the commercial component, will feature twenty-foot wide sidewalks on both sides of Hilltown Drive, parking on both sides of the street, with benches and maple trees. It’ll be beautiful!”

How does it feel to have been a part of such a large development like this?

Grant Gaucher, G Group – “When I spend my time down here and I see the people come down here, there are families, they’re recreating, it makes me quite proud. I’ve been in the business for 40 years, this has been the main development that I’ve focused on in my life and I find it quite a privilege that people have chosen to like what I’ve dreamed of and that they’ve chosen to invest in what I dreamed of, and they’re recreating here and living here and enjoying it.”

Henry Bereznicki, NADG – “I’ve been coming to the Okanagan since I was five. I’ve always wanted to live here. When I saw the land for the first time I said ‘wow’! In my lifetime I’ve done a lot of development, but I didn’t ever think I’d get an opportunity to work on something like this again, it’s just an unbelievable piece of land.

Andrew Gaucher, G Group – “It’s been a great time and it’ll be a real special opportunity to pass on what we’ve had the opportunity to enjoy for the last decade. And really everybody else living here now will have the same experience we have on the trails and of course down on the beach.”

Russ Watson, NADG – “My three year involvement with working with the Gaucher Family, and North American Development Group and the creation of the McKinley Beach community has given me great pleasure. This community has turned out to be far greater than I even possibly imagined, to be involved with the community, and now people are moving in and the positive feedback we’ve been getting has been even more rewarding. And the next few years here developing the balance of Hilltown and the amenities we’re planning to create, I believe, this will be the best master planned community in Kelowna.”
Learn more about the Hilltown community by visiting http://www.hilltown.ca/