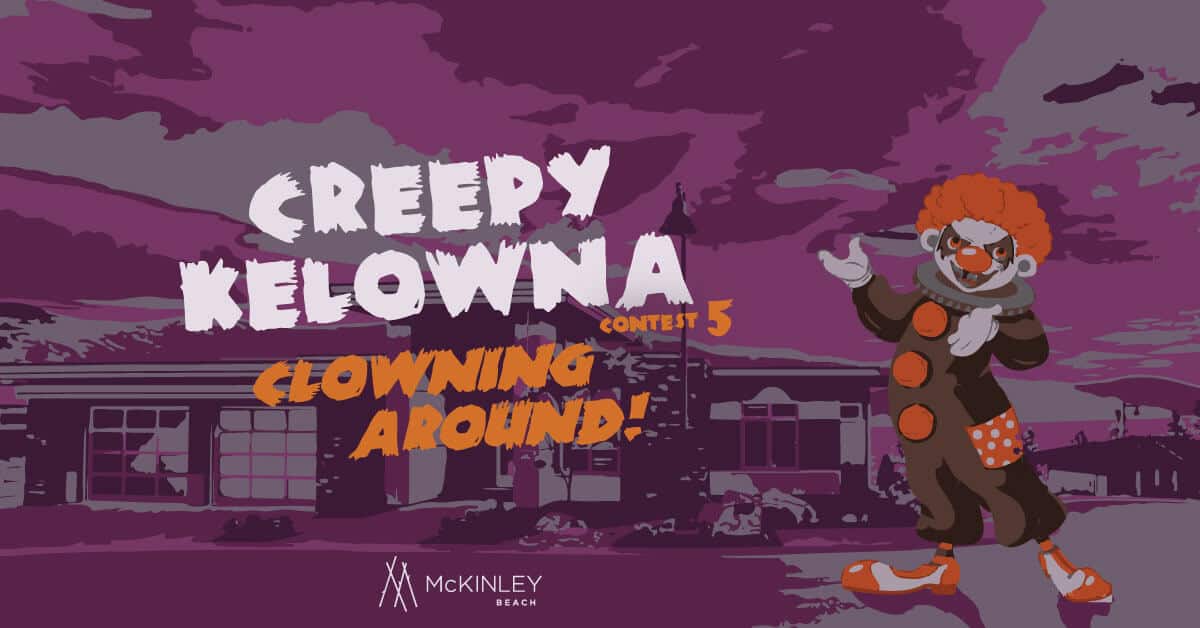 Posted at 11:37h in Uncategorized by Hannah Parsons
0 Likes

It’s been five years since the Creepy Kelowna Contest first appeared at McKinley Beach. In that time we’ve had scary selfies, spooky pets, and everything in between. And this year is no different. Except it is! ‘The Creepy-Kelowna Contest 5: Clowning Around’ has arrived!

Don’t worry, there’s plenty of opportunity for everyone to take part with FIVE awesome Halloween Costume Categories to choose from.

This year’s prizes consist of gift cards to local restaurant favourites including Craft Beer Market, Vice & Virtue, Curious Cafe, Gather, and more! Check out the category and prize details below and enter now over on our Facebook page.

You have SIX chances to win this year:

Grand Prize #2 – Most Popular Costume
Winner to be chosen based on ‘Most Likes’
PRIZE: $100 Gift Card to Vice & Virtue Brewing Co.

Runner Up #2 – Most Scary Yet Adorable Pet Costume
Winner to be chosen by jury vote
PRIZE: $50 Gift Card to Sunny’s: A Modern Diner

Runner Up #3 – Most Creatively Creepy Costume
Winner to be chosen by jury vote
PRIZE: $50 Gift Card to Gather Restaurant

– You must have rights to use the photo you’re entering and it must feature yourself or a consenting family member/friend/pet.
– The contest closes on Friday November 2nd at 9:00 a.m. with winners to be announced the same day at around noon.
– Inappropriate images will be hidden from the Facebook page and disqualified from the contest.
– Share this post and encourage others to ‘Like’ your image!

GET YOUR COSTUME ON AND ENTER NOW